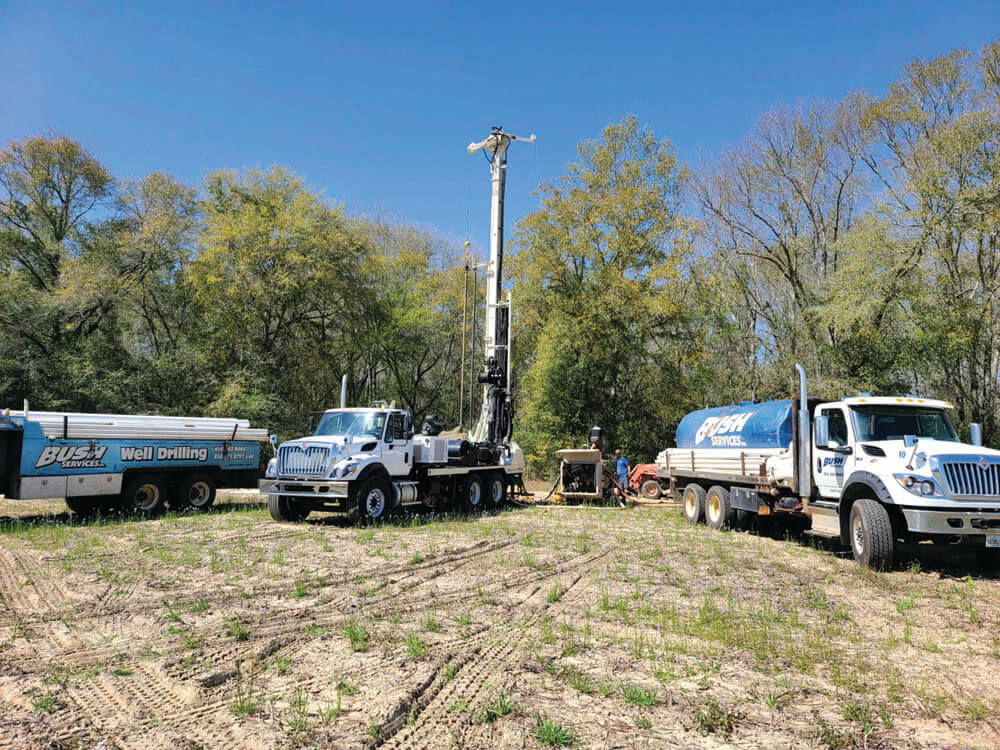 DRILLMAX® engineers made the DM450 "quieter, faster, and easier" for Bush Services to complete residential and agricultural wells with less downtime.

With a 140-foot open hole and casing ready to set, Bush Services of Graceville, Florida, noticed the hole caving in. They quickly lowered the mast and raised the jacks, fortunately the operator abandoned the rig as it started sliding backward — into a sinkhole. A 35-foot wide sinkhole swallowed their rig, leaving the bumper 10-feet below ground.

That was early January. During the next month Greg Bush, owner, considered his options.

"I previously had a DM400 and liked it, but was looking for something bigger and newer," Bush said. "I liked the design changes [on the DM450] to make it easier to operate and service."

He quickly rattles off new features on the DM450 with many of the improvements directly related to the totally redesigned drill mast:

"Rod spinner and helper controls make it faster and easier on the driller," Bush said. "It gives the helper more to do, taking pressure off the driller."

With business ranging from residential to agricultural well drilling, from 4-inch to 12-inch wells, Bush needed something universal.

"It does small wells and does big wells just as easy," Bush said. "They took a good rig and put a lot of design thought into it and made it better." 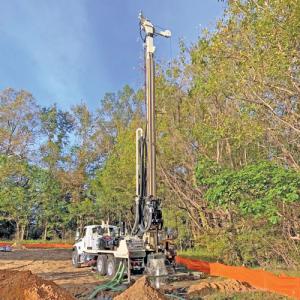 DRILLMAX® engineers made the DM450 "quieter, faster, and easier" for Bush Services to complete residential and agricultural wells with less downtime. 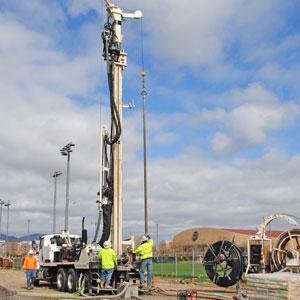 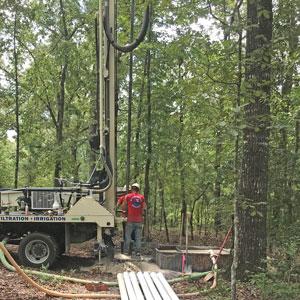 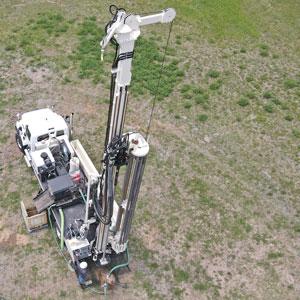 Easily trip in and out while the helper focuses on other site tasks, ultimately increasing production rates, when you choose the NEW DM450 options. 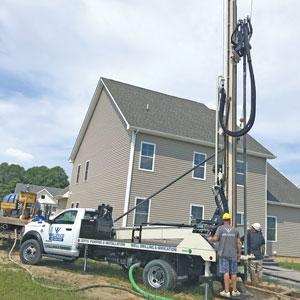 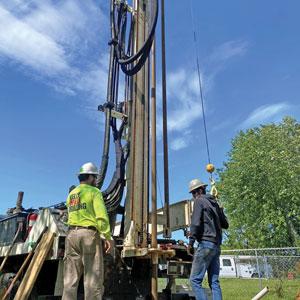